Interior view of the Statue of Liberty

Welcome to our Statue of Liberty Photo Gallery. Interior view of the statue upwards, reopened to the public in 1986.

The interior of the statue used to be open to visitors. They arrived by ferry and could climb the circular single-file stairs (limited by the available space) inside the metallic statue, exposed to the sun out in the harbor (the interior reaching extreme temperatures, particularly in summer), and about 30 people at a time could fit up into the crown. This provided a broad view of New York Harbor (it faces the ocean) through 25 windows, the largest approximately 18" (46 cm) in height. The view did not, therefore, include the skyline of New York City. The wait outside regularly exceeded three hours, excluding the wait for ferries and ferry tickets.

There are 354 steps inside the statue and its pedestal, with 25 windows in the crown which comprise the jewels beneath the seven rays of the diadem. The tablet which the statue holds in her left hand reads, in Roman numerals, "July 4, 1776" the day of the adoption of the Declaration of Independence. 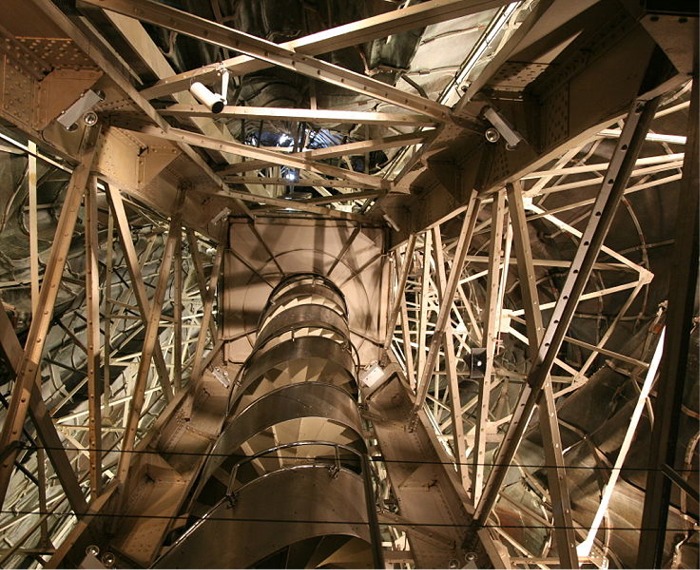