Current torch of Statue of Liberty

Welcome to our Statue of Liberty Photo Gallery. Current copper torch of Statue of Liberty. Replaced original during 1984-1986 restoration. This flame is copper, covered in 24k gold leaf and is from Bartholdi's original design. The sun reflects off the gold by day and it is lighted by 16 floodlights at night. 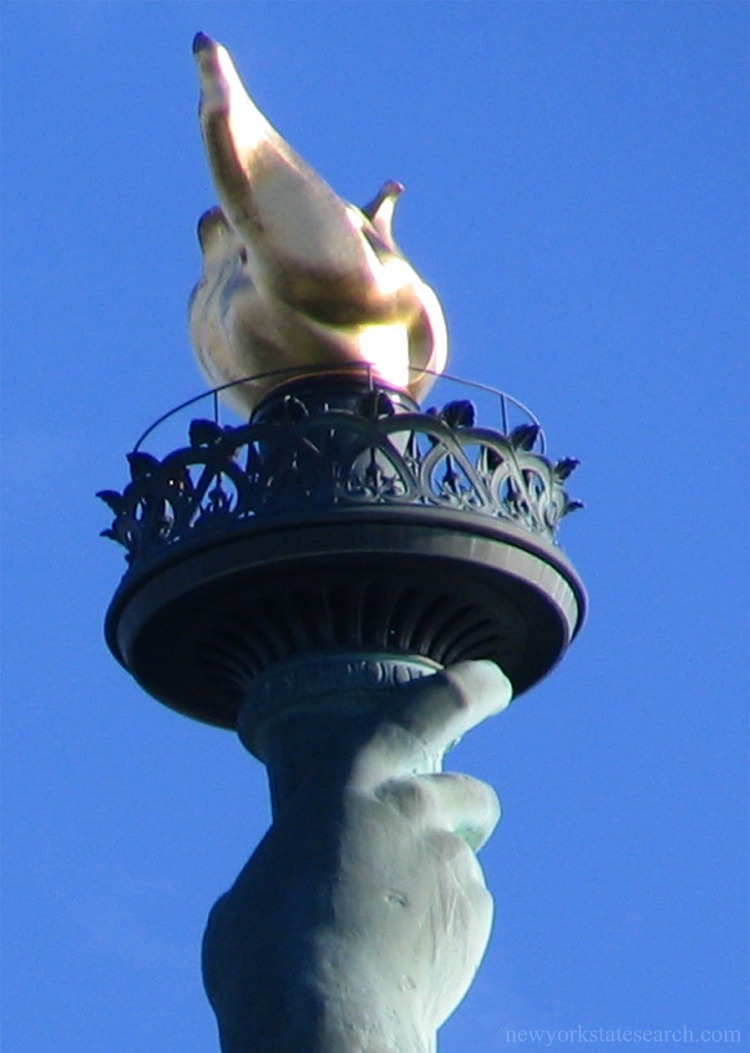