Copper Sheeting of Statue of Liberty

Welcome to our Statue of Liberty Photo Gallery. Some of the over 300 copper sheets that form the Statue. These sheets were hammered in the repousse method and riveted together to form the colossal work of art. 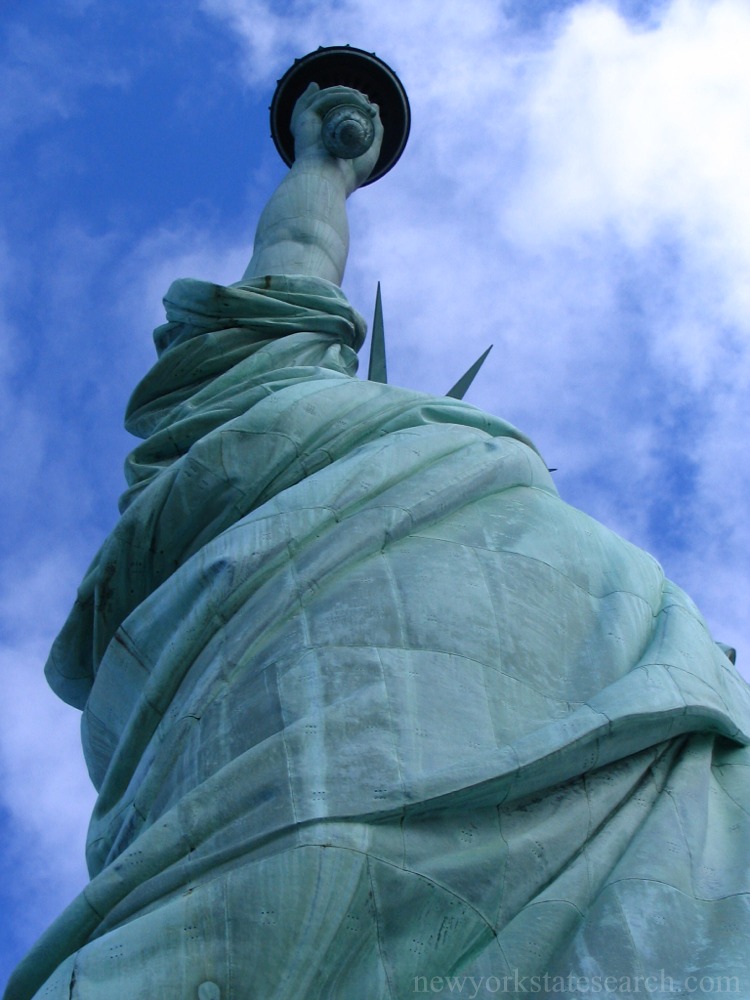 The Statue of Liberty (Liberty Enlightening the World; French: La Libertť ťclairant le monde) is a colossal neoclassical sculpture on Liberty Island in New York Harbor within New York City, in the United States. The copper statue, a gift from the people of France to the people of the United States, was designed by French sculptor Frťdťric Auguste Bartholdi and its metal framework was built by Gustave Eiffel. The statue was dedicated on October 28, 1886.

Bartholdi was inspired by a French law professor and politician, …douard Renť de Laboulaye, who is said to have commented in 1865 that any monument raised to U.S. independence would properly be a joint project of the French and U.S. peoples. The Franco-Prussian War delayed progress until 1875, when Laboulaye proposed that the French finance the statue and the U.S. provide the site and build the pedestal. Bartholdi completed the head and the torch-bearing arm before the statue was fully designed, and these pieces were exhibited for publicity at international expositions.