Old torch of the Statue of Liberty

A new torch replaced the original in 1986, which was deemed beyond repair because of the extensive 1916 modifications. The 1886 torch is now in the monument's lobby museum. 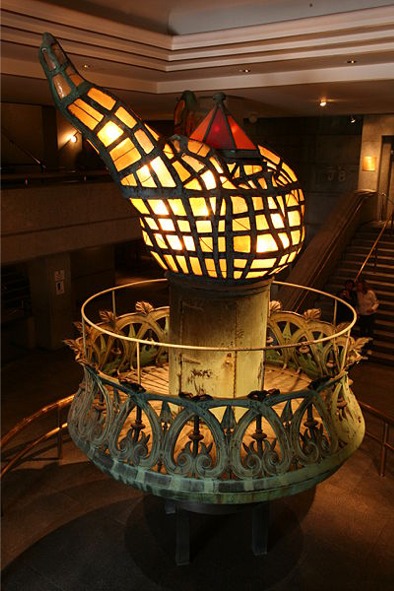