Founded as St. John's College by John Hughes, then a coadjutor bishop of New York, the college was placed in the care of the Society of Jesus shortly thereafter, and has since become a Jesuit-affiliated independent school under a lay board of trustees. The college's first president, John McCloskey, was later the first Catholic cardinal in the United States. While governed independently of the church since 1969, every president of Fordham University since 1846 has been a Jesuit priest, and the curriculum remains influenced by Jesuit educational principles. Fordham is the only Jesuit tertiary institution in New York City.

Fordham's alumni and faculty include U.S. Senators and representatives, four cardinals of the Catholic Church, several U.S. governors and ambassadors, a number of billionaires, two directors of the CIA, Academy Award and Emmy-winning actors, royalty, a foreign head of state, a White House Counsel, a vice chief of staff of the U.S. Army, a U.S. Postmaster General, a U.S. Attorney General, the first female vice presidential candidate (Geraldine Ferraro) of a major political party in the United States, and a president of the United States.

Fordham enrolls approximately 15,300 students from more than 65 countries, and is composed of ten constituent colleges, four of which are undergraduate and six of which are postgraduate, across three campuses in southern New York State: the Rose Hill campus in the Bronx, the Lincoln Center campus in Manhattan's Upper West Side, and the Westchester campus in West Harrison, New York. In addition to these locations, the university maintains a study abroad center in London and field offices in Spain and South Africa. The university offers degrees in over 60 disciplines. 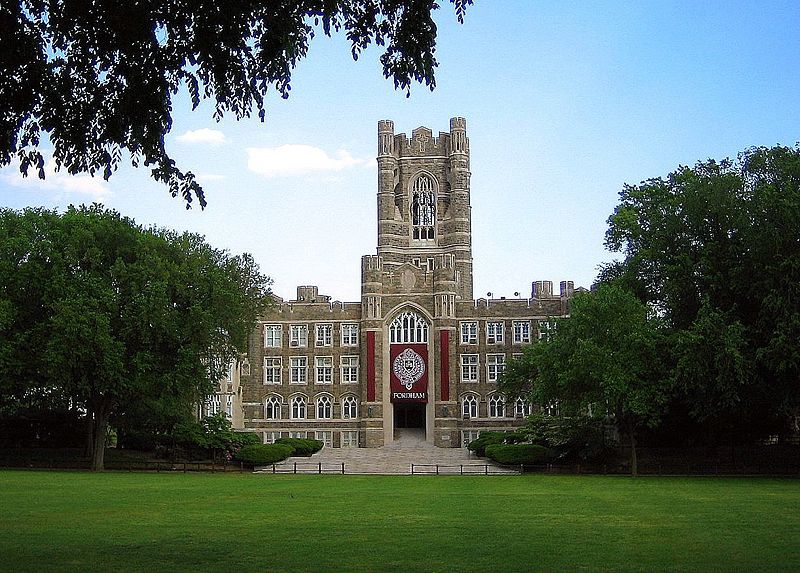