A magnificent photograph of the Grand Central Terminal New York City at Night from 42nd Street.

Grand Central Terminal (GCT) - often popularly called Grand Central Station or simply Grand Central - is a terminal station at 42nd Street and Park Avenue in Midtown Manhattan in New York City. Built by and named for the New York Central Railroad in the heyday of American long-distance passenger trains, it is the largest train station in the world by number of platforms: 44, with 67 tracks along them. They are on two levels, both below ground, with 41 tracks on the upper level and 26 on the lower. When the Long Island Rail Road's new station, below the existing levels, opens, Grand Central will offer a total of 75 tracks and 48 platforms. 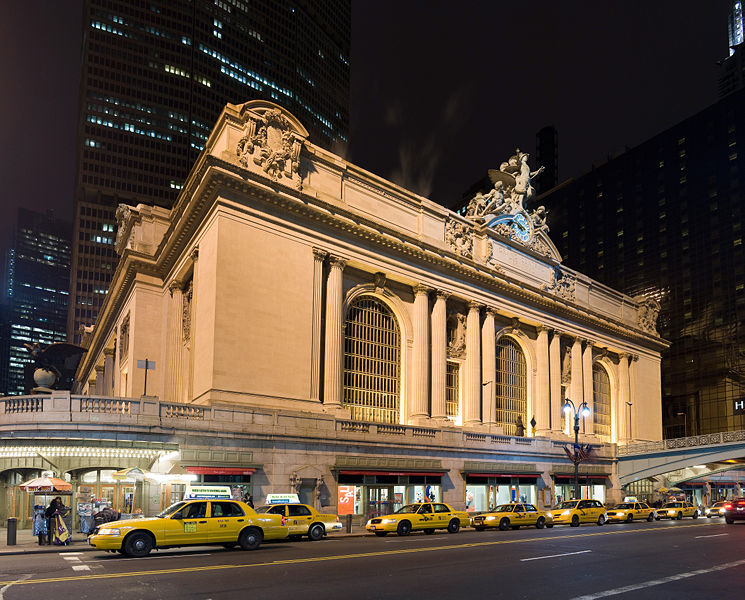 This is a featured picture on Wikimedia Commons and is considered one of the finest images.