The Dining Concourse is below the Main Concourse of Grand Central Terminal. It contains many fast food outlets and restaurants, including the world-famous Oyster Bar with its Guastavino tile vaults, surrounding central seating and lounge areas and provides access to the lower level tracks. The two levels are connected by numerous stairs, ramps, and escalators. 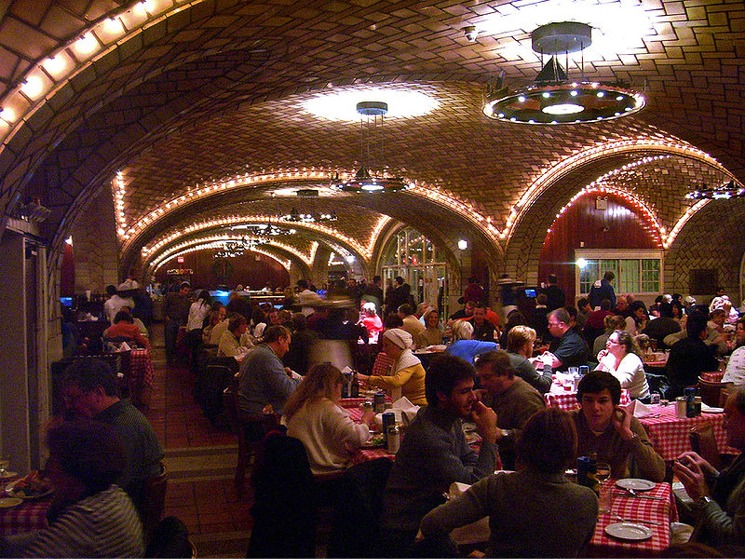 The restaurant was operated by The Union News Company. It closed briefly for renovations following a 1997 fire.

Jerome Brody sold the Oyster Bar to employees in 1999, and died in 2001. Brody chose to sell to staff to preserve the union and employee satisfaction in his transition. As of 2017, all non-union, managerial staff are part of the Employee Stock Ownership Program (ESOP). The initial group of managers bought a near-majority of the company's stock with a loan between 1999 and 2001. They purchased the remainder between 2004 and 2008.

The Oyster Bar closed for a majority of 2020 during the COVID-19 pandemic. It briefly reopened for two weeks and closed again when its underground location failed to attract foot traffic.

Its architecture features the vaulted, Guastavino tiled ceilings common in the era of its construction. The archway in front of the restaurant is also famous for an acoustical quirk making it a whispering gallery by which someone standing in one corner can hear someone standing in the opposite corner perfectly no matter how softly they speak.

Two Japanese branches have opened in Tokyo. The first, the GCOBR Shinagawa, is located on the 4th floor of Atre Shinagawa in the Shinagawa Station. The second, GCOBR Marunouchi, is located in Marunouchi MY PLAZA near Tokyo Station. A small branch is located in Terminal C at Newark Liberty International Airport.