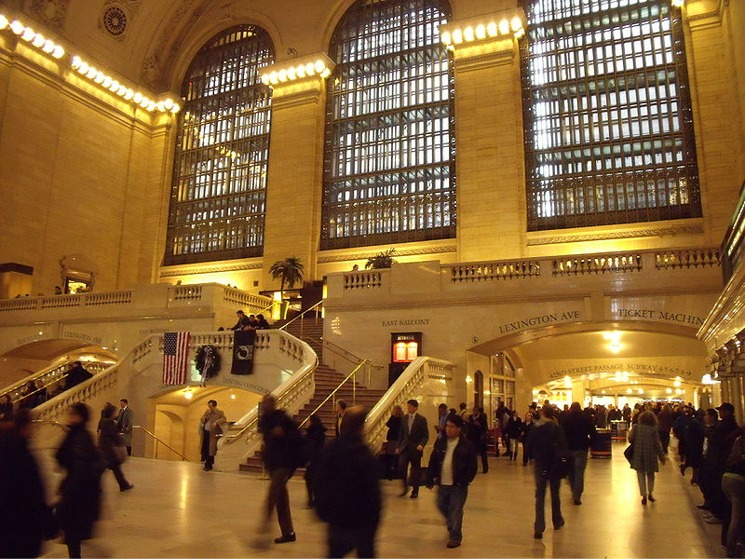 Grand Central Terminal is a major commuter rail terminal in Midtown Manhattan, New York City, serving the Metro-North Railroad's Harlem, Hudson and New Haven Lines. It is the most recent of three functionally similar buildings on the same site. The current structure was built by and named for the New York Central Railroad, though it also served the New York, New Haven and Hartford Railroad and has continued under New York Central's successors.

Grand Central Terminal arose from a need to build a central station for all three terminals in present-day Midtown Manhattan. The magnate "Commodore" Cornelius Vanderbilt bought the Hudson River and New York Central railroads in 1867, and created Grand Central Depot for the New York Central & Hudson River, Harlem River, and New Haven railroads in 1871. Due to rapid growth, the depot was reconstructed and renamed Grand Central Station by 1900. The current structure, designed by the firms Reed and Stem and Warren and Wetmore, was built after a 1902 crash between two steam trains had prompted a study of the feasibility of electric trains. The building's construction started in 1903 and it was opened on February 2, 1913.

The terminal continued to grow until after World War II, when train traffic started to decline. In the 1950s and 1970s, there were two separate proposals to demolish Grand Central, though both were unsuccessful. The terminal was given several official landmark designations during this period. Minor improvements occurred through the 1970s and 1980s, followed by an extensive rehabilitation in the mid- and late 1990s.

From 1913 to 1991, Grand Central was also a major intercity terminal. In its latter years as an intercity station, all trains traveling along Amtrak's Empire Corridor-the former main line of the New York Central-originated and terminated at Grand Central. In 1991, Amtrak consolidated its New York City services at nearby Penn Station. The East Side Access project, which will bring Long Island Rail Road service to a new station beneath the terminal, is expected to be completed in late 2022.